The Hurricanes might play out of Marshfield but the team itself is from all over Massachusetts. The team represents 6 different counties in the state and over 20 towns! This year we have several players coming from Rhode Island too!! In the past, we’ve also had players travel from New Hampshire to play with us. The team is Marshfield in name, south shore in spirit but players come far and wide to play for our organization. Be a part of something players are willing to travel to. Sign up today! 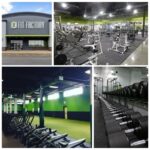 We are proud to announce a sponsorship with Fit Factory. Fit Factory has 7 locations across the country with lots of room to add more facilities. We will be using their Kingston location for team workouts. Workouts will be every Wednesday starting January 11th at 7pm. These workouts will be completely free to potential athletes who sign up using the link at the bottom of the page.

When asked about this opportunity General Manager Sean Blanchard had this to say “it’s always been a dream of the Hurricanes to partner with a gym. To be able to work with a top notch gym and a national brand is something we couldn’t pass up.” Players will be able to use the facilities for workouts on Wednesdays before preseason starts. For those looking for a more complete offseason workout routine Fit Factory will be offering discounts to players who sign up with the team. Please email Sean.blanchard@marshfieldhurricanes.com for more information.

The Hurricanes Defense has always been the bright spot of the team. They will return former All Stars, Pat Zadronzy from Abington, Joe Amaral from Marshfield, Pierre Benson and former League Defensive MVP Brian Owusu from Weymouth. In the Defensive Backfield they will have a new look with the only returning Defensive back and long time Hurricane Joune Fraser from Barnstable leading the pack.

Offensively the Hurricanes have brought in some new weapons to that side of the ball. They are returning their 2 QBs, Mark Reale and Flacko Releford and they have a third looking to compete for the starting position in Mike Contreras. At Receiver, they will be returning Jason McDonough from Marshfield, Deven Frye from Falmouth, Corey Devlin from Hanover and Evantz Elizma from Sharon. While at running back the Canes return Dashaun Dias and Dmitry Laforest from Hanover while adding Dmitry Revolous to the mix. The Canes will also look for big plays by Pauly Bonfiglio from the slot and in the return game.

The Hurricanes are extremely excited with all of the new additions to the team this year and they look to get back to their championship ways. The first game of the season is the East Coast Football Leagues Game of the Week as the Hurricanes will host their Rival the Granite State Destroyers. The kickoff will be on June 11 at 7pm at Marshfield High School. Tickets will be general admission $10 for Adults $5 for Senior Citizens and High School Students 13-18 and everyone 12 and under gets in FREE!

The Marshfield Hurricanes Cornhole Tournament is here! Please join us at Lucky Dawg in Pembroke on June 4th at 12pm. Family and friends are welcome! All proceeds will go towards the Hurricanes team expenses and initiatives such as our Hurricanes Holiday and local camps.

To Register, Please Fill out the form below. You will then be prompted to pay your registration of $50 per team.

Hurricanes are looking for players at they enter the 2021 season.

After a very strange 2020 Covid shorten season.  The Canes look to get back to their winning ways in 2021.

If you are interested in becoming a Cane you can register here!

The Hurricanes will host their 4th Annual Flag Football Turkey Bowl Sunday December 1st at Marshfield Boys and Girls Club starting at 10:00am.

Teams will be chosen on Sunday Morning before the game starts. It will be a round robin tournament to decide the winner.

The Marshfield Hurricanes Semi Pro football team improves to 2-0 on the early season with a 10-0 victory over the Granite State Destroyers.

The Hurricanes got off to a great start as the Defense was able come up with a huge stop on 4th and one, the Hurricanes drove 62 yard and QB Flacko Releford was able to punch it in on a 15 yard Run.

The Hurricanes defense, lead by Pat Zadrozny played great to get their second shut out of the season. LB Jojo Amaral also had an interception.

Shane Carley added a field goal on the first drive of the second half to expand the lead to 10-0. The Hurricanes also had a Touchdown called back on a 25 yard run by Randell Mitchell late in the 4th.

The Hurricanes will now face their rival Mass Phoenix (Leominster) this Saturday night at Marshfield High School, kickoff is at 7:00pm.

The Hurricanes will face the Mystic Valley Tigers to open the 2019 season on June 8th.

The Hurricanes are coming off of a disappointing championship game loss and look to retool for a 2019 championship run. It all starts on June 8th at Hormel Stadium.

With some familiar faces coming back joining forces with some new player, the expectations haven’t been greater for the young Hurricanes team.

Last year the Hurricanes finished the season 8-2 and came up short in the E.C.F.L. championship game for the second time in 2 years.