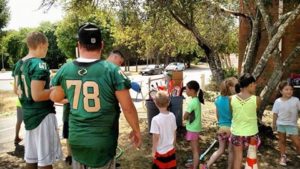 Who Are The Canes?

The Marshfield Hurricanes Football Club is a Semi Professional adult football team that will be playing their home games at Marshfield High School from June until the middle of September.

Many of our athletes have Semi Pro experience; some having had the talent and opportunity to play at the championship level.  Our goal is to have the Canes be recognized as one of the most professional, organized, and talented Semi-Professional football teams.  Our endeavors include acquiring television, newspaper, and radio coverage.

Sponsors will be included and attached to our organization.  Media coverage will highlight that your business supports and is involved with the community.  The Canes endeavor to succeed at building an exceptional organization in partnership with our sponsors. An organization of integrity, which finds, builds, and showcases talent in and around Marshfield.

The Hurricanes started in Marshfield in 2016.  The team was founded by John Fossetti.  The first season in Marshfield, the Canes struggled finishing 1-9.  In 2017 the Canes finished 7-4 winning the ECFL North Division Championship and advancing to the East Coast Football League Championship game.  They fell short to the Connecticut Mustangs 21-10. 2018  the Canes finished 8-3, once again winning the ECFL North Division Championship and were league runner ups with another loss to the Connecticut Mustangs 18-3. 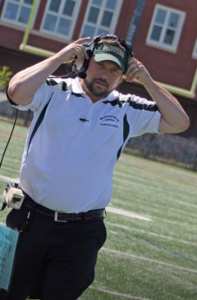 John Fossetti has over 16 years coaching experience. His overall record is 45-28 as a Head Coach. He was also the founder of the Taunton Gladiators in 2009 and led them to a championship in 2010.  Coach Fossetti started his Semi Pro career as a player for the South Shore Outlaws in 2003. In 2007.  He has also coached high school since 2004 starting at Plymouth North High School.  He then went to Boston College High School and finished his high School coaching career at Cardinal Spellman in 2016. He was also the Offensive Coordinator for the Outlaws, Southern New England Rage and Gladiators before becoming the Head Coach. 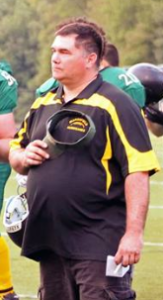 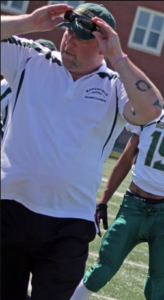